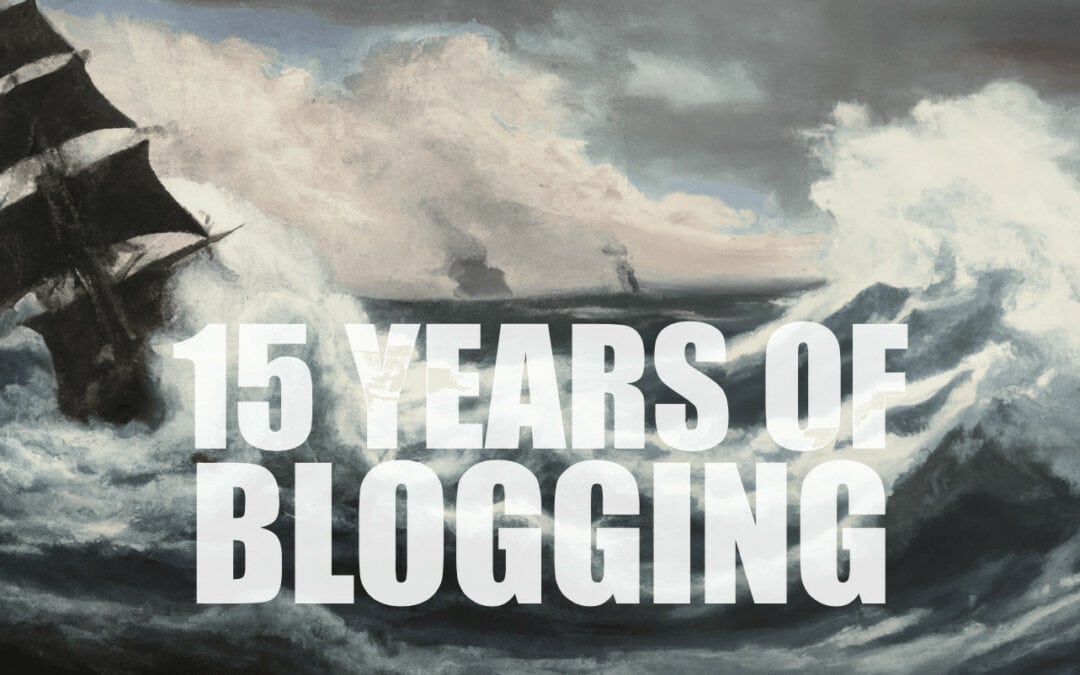 15 years ago, almost to the day – I posted my first note to this website (screenshot below).

I have had a web presence since 1998 – hand coded, HTML pages, traces of which are still available on the Wayback Machine (the earliest instance being Nov 4, 1999).

In 2008 I took a major step. I moved my website to WordPress – and converted it into a blog. And in my first post, pointing to this fact, I wrote “I hope I can be consistent with it.”

And here we are 15 years later. Still going.

I was reminded of this anniversary by a link my friend Scott McLeod posted on Facebook recently – to an article in The Verge, titled: Bring back personal blogging, a semi-nostalgic look back to simpler times, a time between the static pages of Web 1.0 and untrammeled chaos that is Web 2.0. The subtitle captures the mood of the article quite perfectly:

Twitter is creaking. Social media seems less fun than ever. Maybe it’s time to get a little more personal.

I have always enjoyed blogging. It is a space that I have felt very comfortable inhabiting. Thus, over the past 15 years, through changes in jobs, and moving across the country, and other milestones too numerous to mention (or even remember), this blog has been there, a continual presence in my life. The content and pace of my writing on the site has changed over time. I am not as prolific as I was when I first started, and there are times when writing for the site was the last thing in my mind – but, despite all that, I never really stopped. My approach has shifted over time. It was, initially, an almost continual archive of my day to day work (kind of like a personal twitter), interspersed with some lengthier, more thoughtful pieces. Over time, it mutated to being a space to archive and share my publications and presentations. But around a year or so ago, as we were stumbling our way out of the pandemic, I have gone back to writing more frequently, and lengthier, more extended pieces.

One of the strengths of blogging, I have found, is its relatively informal nature, unconstrained by the formality or rigor of academic writing, and yet not completely casual. Writing a blog post, knowing that it may be read by others, brings some level of accountability to the process, forcing me to think harder and seek to be more precise over what I want to say. Over time blogging has become a way for me to engage in, what I call, “first draft” thinking. More recently, I have added on the additional task of creating interesting images to go with the prose—a creative side-challenge as it were, which has been great fun in and of itself.

Since this is “first draft” writing – it means that the primary audience I write for is an audience of one—me. I would not go as far as to say that I do not care about my audience, or having one. Nothing would please me more than to have lots of people visit my site and read what I have been writing. But again I have never taken any steps to really build an audience – if people show up, that’s wonderful but that has never been the primary impulse.

What it is, is a space for me to think in public—an archive, as it were, of my thinking, at the moment. This idea of capturing one’s thoughts, at a given moment, and letting themes and trends emerge over time, is captured in a piece Andrew Sullivan wrote for the Atlantic. Sullivan, at one time, was one of the most prolific and influential bloggers and in this piece titled Why I Blog, he unpacks the etymology of the word itself and then, in his inimitable style, connects these ideas to the transitory yet emergent nature of this medium. He wrote:

A ship’s log owes its name to a small wooden board, often weighted with lead, that was for centuries attached to a line and thrown over the stern. The weight of the log would keep it in the same place in the water, like a provisional anchor, while the ship moved away. By measuring the length of line used up in a set period of time, mariners could calculate the speed of their journey (the rope itself was marked by equidistant “knots” for easy measurement). As a ship’s voyage progressed, the course came to be marked down in a book that was called a log.

In journeys at sea that took place before radio or radar or satellites or sonar, these logs were an indispensable source for recording what actually happened. They helped navigators surmise where they were and how far they had traveled and how much longer they had to stay at sea. They provided accountability to a ship’s owners and traders. They were designed to be as immune to faking as possible. Away from land, there was usually no reliable corroboration of events apart from the crew’s own account in the middle of an expanse of blue and gray and green; and in long journeys, memories always blur and facts disperse. A log provided as accurate an account as could be gleaned in real time.

As you read a log, you have the curious sense of moving backward in time as you move forward in pages—the opposite of a book. As you piece together a narrative that was never intended as one, it seems—and is—more truthful. Logs, in this sense, were a form of human self-correction. They amended for hindsight, for the ways in which human beings order and tidy and construct the story of their lives as they look back on them. Logs require a letting-go of narrative because they do not allow for a knowledge of the ending. So they have plot as well as dramatic irony—the reader will know the ending before the writer did.

There are times when I just go back to old posts, just browsing my own website, and am surprised by what I had written 10 maybe 12 years ago, posts and images I have completely forgotten having written. I am struck, sometimes, and maybe even embarrassed, by my naivety (some posts have NOT aged well). Just as often, however, I am pleasantly surprised by a turn of phrase or an idea that is meaningful or insightful to me even today. But more than anything it is a “log” of my thoughts, sporadic and intermittent, but also honest and revealing.

And most importantly it has taught me to write simply without being simplistic.

One my door at Michigan State University I had a note that said the following:

Punya’s 17th Law of Writing:
“Simply, give complexity its due.”

The point was that the world is complex and that needs to be acknowledged in how we write about it, how we describe it. BUT that does not that we succumb to academic jargon or unnecessarily convoluted language, nor does it mean being overly simplistic—but rather to try and capture this complexity as simply, lucidly and directly as we can.

I think I am a better writer for having blogged for so long. Writing regularly, even for an audience of one, is the only way to become a better writer, and if nothing else, this blog has been an opportunity to just keep writing.

And I look forward to continuing to do so.