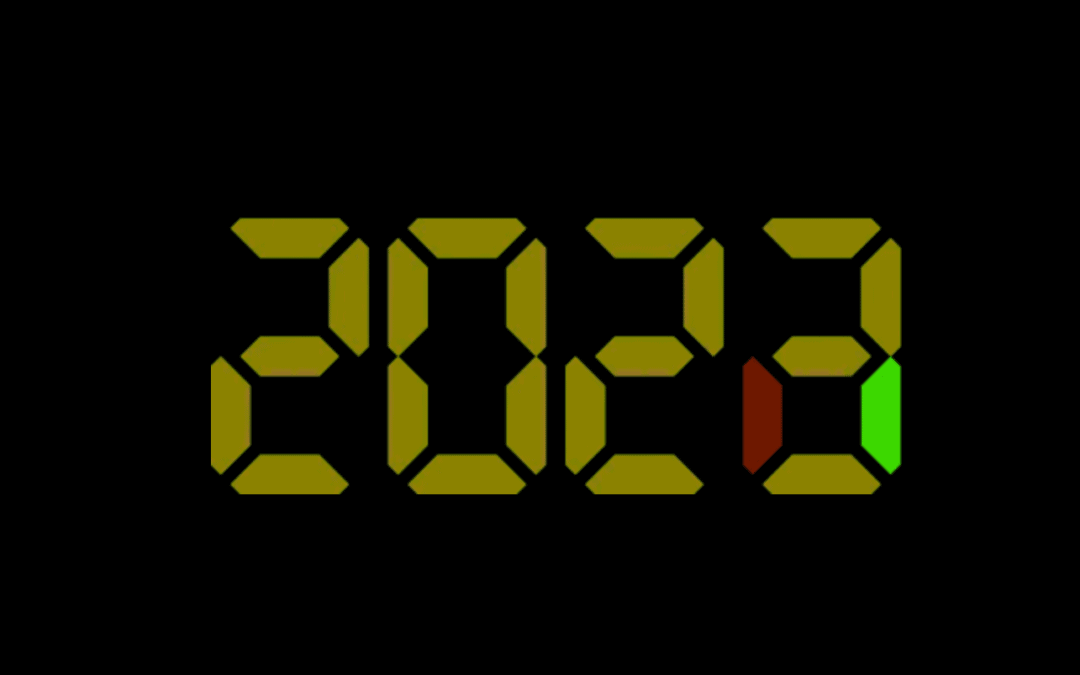 Since 2008 our family has been creating short videos to celebrate the end of one year and the beginning of another. Our videos are always typographical in nature with some kind of an AHA! moment or optical illusion built in. This year’s video is no different. Check it out (full screen is best)…

Back in 2008, one winter day in Michigan, when it was too cold to go out, we decided to make a video, more to keep ourselves occupied than anything else. And then we made another one the next year, and then the year after that and the year after that… and here we are, in 2022 – with our 16th offering. (And just if you are keeping track, and suspect we got our math wrong, we made two videos in our first year). Along they way we have experimented with and explored a wide variety of optical illusions and visual tricks. Our production values are not very high, and (to be fair) neither is our budget. That said, it has been great fun, and a somewhat unique and wonderful family tradition.

You can see all the previous years’ videos here. They ARE fun to watch (and educational as well).

The core idea behind this particular video comes from an ambigram design created by Szymon Golis, in which he noticed an intriguing visual relationship between the numbers 2 and 3. Our video builds on this idea and, adding animation and music. (More about ambigrams below).

The images were created in Adobe Illustrator, and then imported into Keynote to be animated. Final editing to music was done in Adobe Premiere Pro. The background music, titled Super Friendly, is composed by the amazing Kevin MacLeod who makes so much of his work available royalty-free. We have used his compositions for multiple new-year’s videos over the years. He is an internet treasure!

And last but definitely not the least, the photograph towards the end was taken by the talented Tanvi Dev.

Syzmon Gollis’ great insight was to notice that hiding parts of the number 3, if done the right way could be read as the number 2, when rotated by 180-degrees (and vice versa). Essentially when faced with a “gap” our mind “fills” it in a way that makes sense. Thus our minds use the broader context to force meaning into what is essentially an ambiguous shape – constructing a 3 in one case and a 2 in another. The animations below explain how this works, showing the two possible ways our minds can “fill in” the gap.

This technique or writing words in such a manner that they can be “read” in more than one way is not new. Such calligraphic designs, that have more than one interpretation, are called ambigrams (a word coined by cognitive scientist Douglas R. Hofstadter).

In keeping with the title of this year’s video – here is an ambigram for the words “Flip” and “Flop” where your reading (hopefully) flips and flops between flip and flop!

You can learn more about ambigrams (and the underlying mathematical ideas behind these designs) here or by watching the video below.