While searching for information for my previous posting on using eclipses to see, I came across an interesting paper that provided yet another way of figuring out the shape of the Earth.

First some context, see this image below: 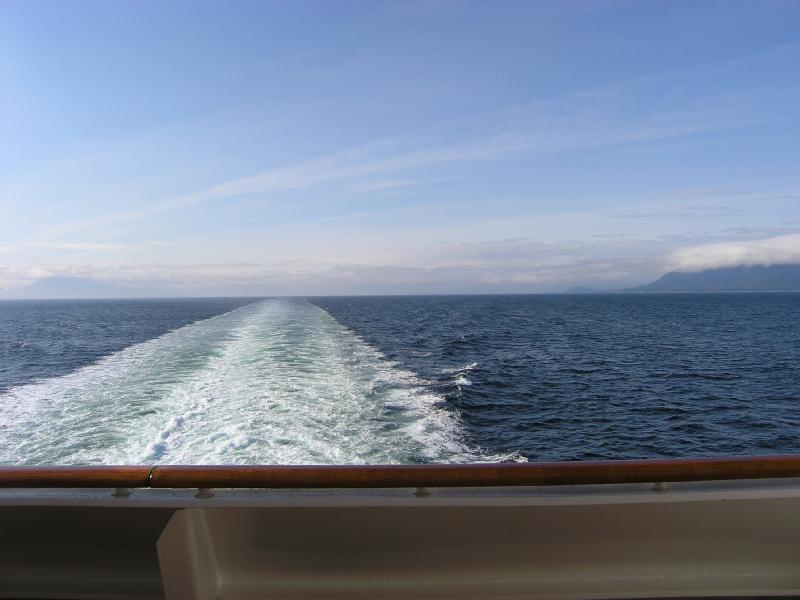 As the paper says:

Viewed from aboard the ship, the turbulent stern wake appears as a long narrow whitish streak extending aft of the boat from the stern to the horizon.

If there Earth were flat the wake would converge to a sharp point on the horizon, an infinite distance away. But this is NOT what we see (see photo above). What we DO see is a triangle truncated at the horizon – suggesting that the horizon was not infinitely far away. The paper continues:

From a single observation, a careful observer might deduce that the Earth could be either round or cylindrical. Changing the ship’s direction by 90 degrees and observing the same wake profile, however, would eliminate the cylindrical possibility. In this paper, we show that measurements of the turbulent wake’s shape at the horizon could allow a sailor to deduce the Earth’s spherical shape and its size.

You must read the complete paper to see just how cool this is.