A recent story in the NYTimes about Peter Gabriel (An Old Rocker Gets Digital) brought back memories of Peter Gabriel’s album covers. It tells you a lot about me that I know album covers better than I know his music!

During his time with Genesis and later, when he went solo, Peter Gabriel had some of the finest album art you can imagine. Quite a bit of his early album art was designed by the design group Hipgnosis, and as their wikipedia page says, “Hipgnosis’ approach to album design was strongly photography-oriented, and they pioneered the use of many innovative visual and packaging techniques. In particular, Thorgerson & Powell’s surreal, elaborately manipulated photos (utilizing darkroom tricks, airbrush retouching, and mechanical cut-and-paste techniques) were a film-based forerunner of what would, much later, be called photoshopping.” [You can see examples of their work at the Hipgnosis gallery. Maybe their most famous cover was the one they did for Pink Floyd’s Dark side of the moon.]

I remember reading that Gabriel was one of their favorite clients – mainly because they shared a certain aesthetic, which in some way was a nascent “digital” aesthetic – of bricolage and assemblage, a precursor to, what we would today call, the mashup. So in that sense the NYTimes title gets it wrong. This old rocker got digitality even before it existed as a term. So in some sense digitality is not as much about technology as it is a state of mind! [My earlier posting, life is about editing, speaks to this as well]

As an aside, here is one of my favorite covers designed by Hipgnosis for Peter Gabriel. It is a powerful visual image, reminiscent in some strange way with Escher’s experiments with dimensionality. Compare the two images below. Both represent an eternal and futile struggle by 2-D creations to break out of their flat world!! 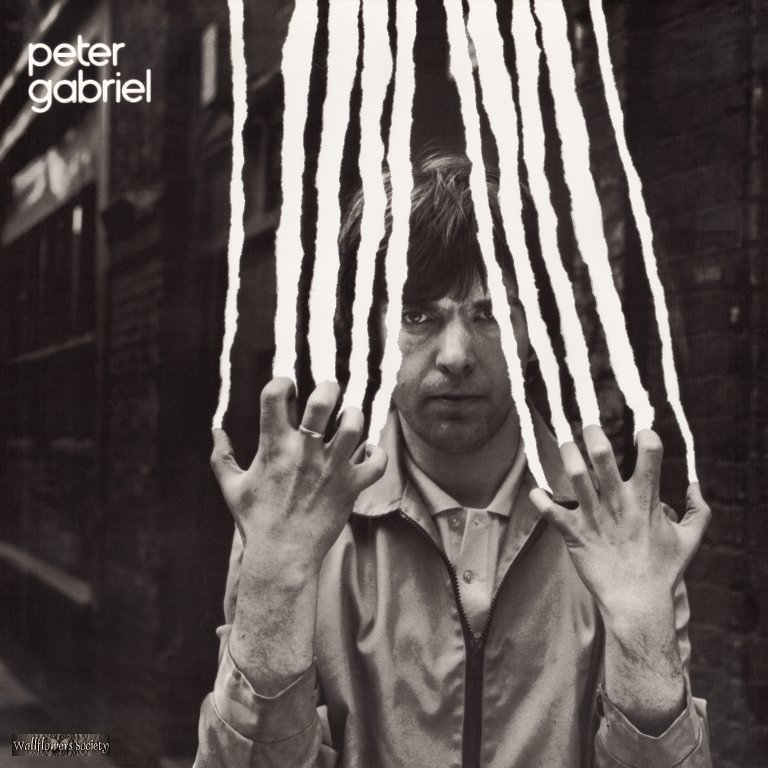 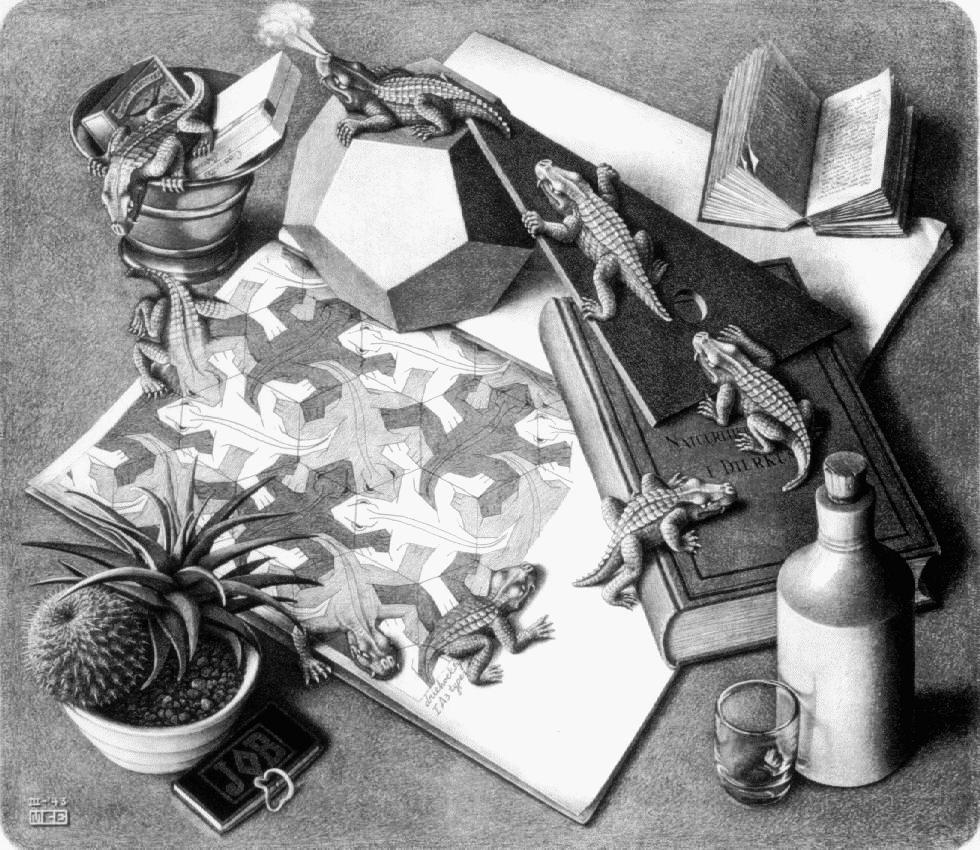