The darker side of curiosity 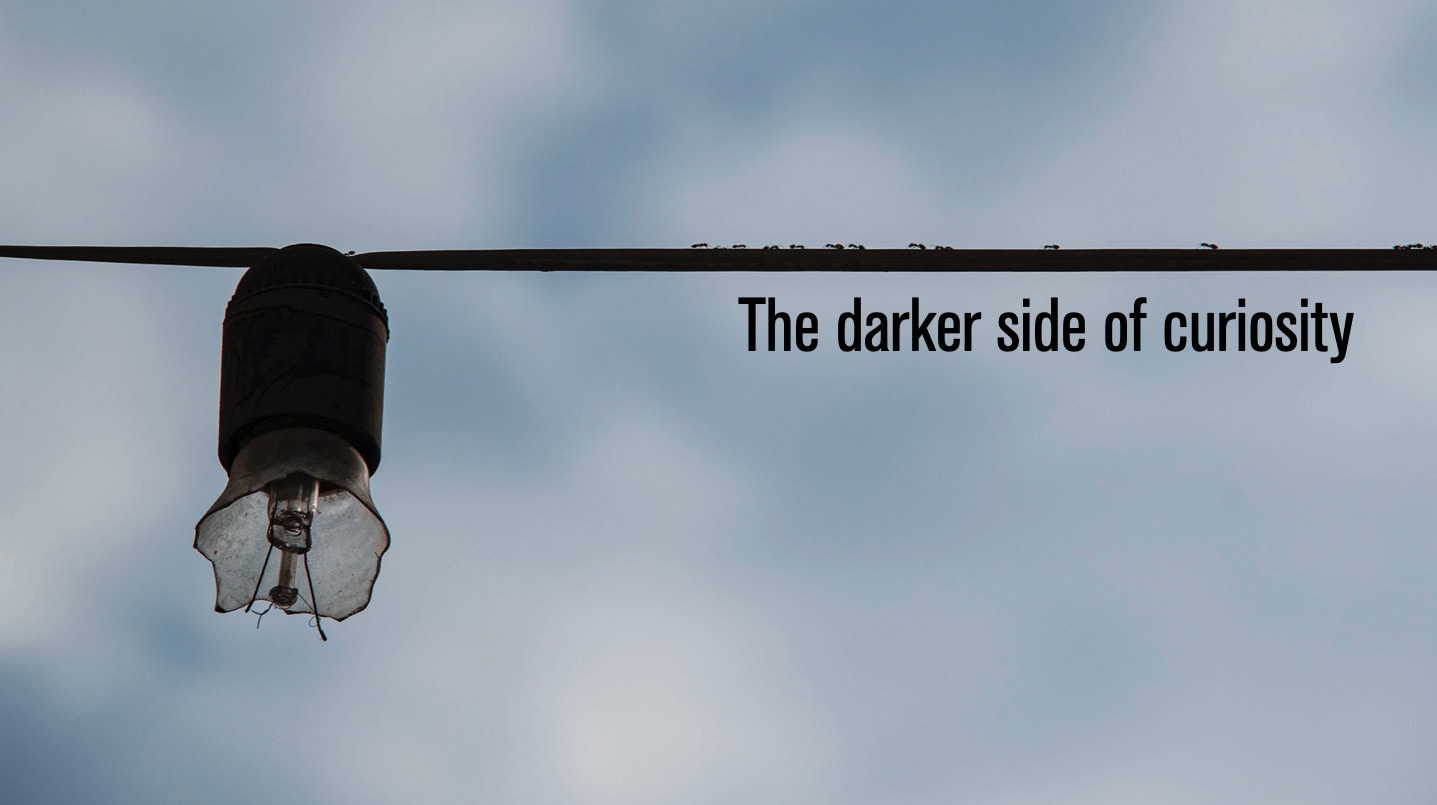 Curiosity, the willingness to learn more, is often seen as a positive trait one that drives learning, and one can argue, it drives creativity and innovation. It has been argued as being important for leadership, among other things. I have prized curiosity in my own life, as a researcher, scholar, educator and parent.

At heart curiosity kicks in when there is a gap between what we know and what we don’t know. Thus, curious people are motivated to learn. That said, this urge to know can play out differently depending on our goals. We could be motivated by wanting to reduce the uncertainty of not knowing something (a deprivation motive) or we could be motivated to discover new information to expand our knowledge (a discovery motive).

If you see the difference between these two motivations, one thing becomes clear, having a deprivation motive actually focuses on finding “filling the gap” as it were – not necessarily to expand one’s knowledge. On the other hand, having a discovery motive to curiosity focuses on learning something new. The former seeks closure while the latter is more open-ended, where curiosity leads to further curiosity. The former is specific, constrained to addressing the gap at hand while the latter is unspecific, focused on exploration rather than a particular topic.

This distinction came up in a recent interview we did with Dr. Jonathan Schooler (for a series we write for the journal TechTrends). As he described it discovery curiosity (which he called general interest curiosity, but it is the same idea), has to do with the childlike wonder or a desire to learn new things. Interestingly, deprivation curiosity is less correlated with creativity and (as he added) “is associated with poor memory and people thinking they know things that they do not know.” Provocatively, he suggested that deprivation curiosity may contribute to people’s tendency to believe and willingness to share fake news.

I was reminded of this line of work while reading a fantastic piece of long-form journalism in the Washington Post from journalist Stephanie McCrummen. This article, titled “The Town Crier” is a profile of a 40-year-old, mother of two, who now lives in Georgia. The article describes her as follows:

Suspicious of almost everything, trusting of almost nothing, believing in almost no one other than those who share her unease, she has in many ways become a citizen of a parallel America — not just red America, but another America entirely, one she believes to be awash in domestic enemies, stolen elections, immigrant invaders, sexual predators, the machinations of a global elite and other fresh nightmares revealed by the minute on her social media scrolls.

What is interesting however, is that at the heart of her how she got to this point is curiosity and a question, as the article says, that she “had been wrestling with most of her life.” In her own words,

“Sometimes, I’d like to know what the point is… The fact that I can’t figure it out is what bothers me. Because I need to understand.”

To me, that sentence above “the fact that I can’t figure it out is what bothers me” is curiosity but it is of a kind that has led to one answer and an unwillingness to go further. Thus, one way of understanding this individual, and others of the same mind-set, is that she / they is/are being driven by deprivation curiosity—seeking to find “the” answer and once arrived it, the search is over.

Litman (one of the key researchers in the field) argued in a study published in 2008, discovery curiosity “is concerned with stimulating positive affect, diversive exploration, learning something completely new and mastery-oriented learning” while deprivation curiosity “involves the reduction of uncertainty, specific exploration, acquiring information that is missing from an existing knowledge-set and performance-oriented learning.”

I do not envy people who think they have a complete explanation of the world, for the simple reason that they are obviously wrong.

It is rare that I read something in the research literature that connects so clearly to a phenomenon in the world that I had puzzled over. And as an educator, it is clear to me that though curiosity is important, our goal should be to encourage discovery (or general interest) curiosity. As Schooler said in his interview:

I really think that cultivating curiosity is important, but we want to cultivate it in the positive sense of encouraging people to develop a childlike wonder, a delight in understanding, in an appreciation that there is always more to learn, rather than a need to know in order to fill some void.