No excuses! Veja du (or don’t you) 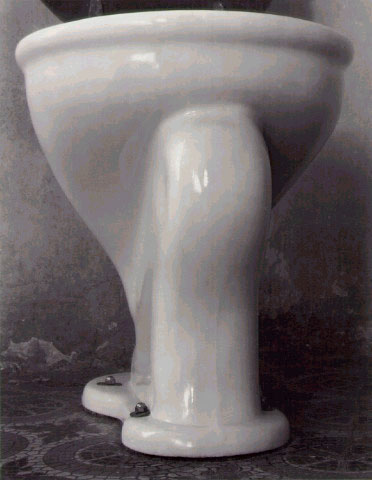 I have written earlier about the idea of veja du (which ended up becoming an assignment in my creativity class). To recap:

I was, this morning, provided and excellent example of veja du by one of the participants in my CEP817, Learning Technology by Design seminar. Steve Wagenseller pointed us to the photograph above, Excusado by Edward Weston and also linked to an essay by Marco Bohr on this photograph. I would strongly recommend looking at some other photographs by Weston (the tight closeups of vegetables are fantastic) and reading this essay “Excusado by Edward Weston“. A couple of key quotes. In this first quote Bohr places Edward Weston’s work within the broader context of art (and art movements) particularly drawing attention to the similarities and differences between his picture of a toilet and another (more famous) toilet that featured in the history of 20th century art.

Just like Marcel Duchamp eight years earlier, although this stands in a completely different context, he gave character to a toilet with his own recognizable ‘handwriting’. Duchamp had said that the perception of his urinal instillation was transformed by putting it in a gallery and calling it art. Weston transformed the perception of a toilet by capturing its pure aesthetic value in his defined style…

The next quote (and this is how Bohr finishes his essay) captures, for me the essence of the veja du assignment and takes it one step further, to comment on all that we do.

Think about that last sentence for a moment:

Excusado” means that there is no excuse for not making a beautiful picture even if there is a toilet.

Wow! What does that mean for me as a teacher? As a parent? As colleague? There are no excuses …