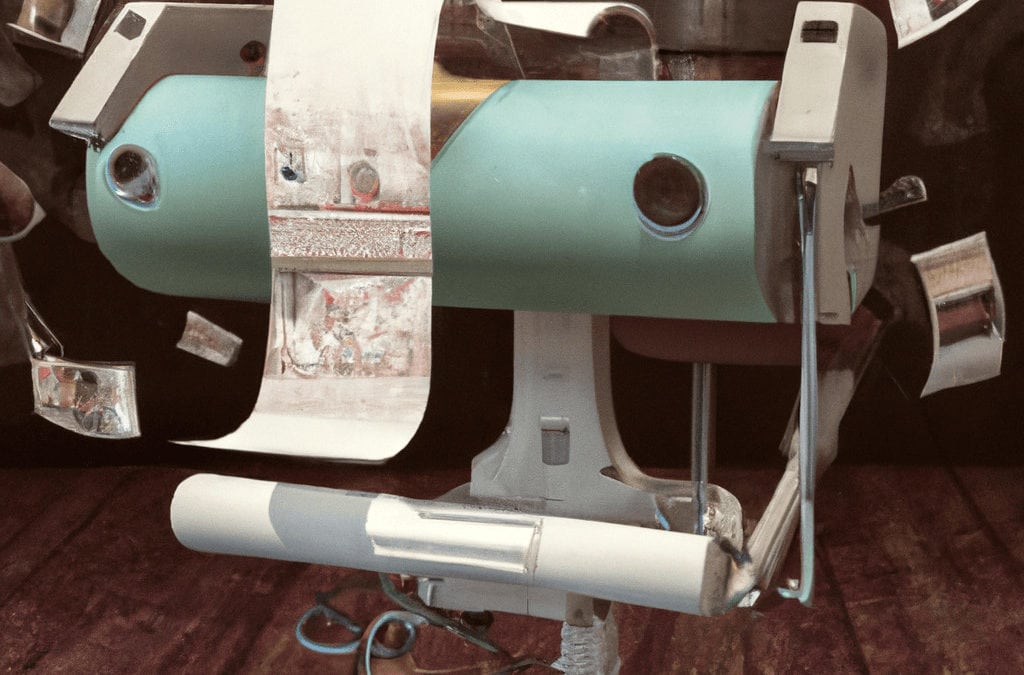 This is the second of three blog posts about how media influence our thinking. The first post, uses the invention of writing and print to unpack the meaning of McLuhan’s statement, “The medium is the message.” The second post, focuses on a story by Ted Chiang that takes these academic ideas about the psychological and social implications of the advent of a new technology and frames them within two human narratives and in that process goes deeper into than any academic article ever could. The third post builds on a piece written by Neil Postman over 30 years ago and shows how the questions and issues it raises are still relevant for us today. Two additional posts followed: Four and five

Dismantling the myth that technologies and media are neutral requires recognizing that media prefigure certain ways of thinking and doing – structures and guidelines that are often invisible to us. These ideas often remain in the realm of the abstract and the direct implications for humans are often difficult to grasp. This is where authors of speculative fiction come in. They allow us to explore possible worlds, in the past and the future, and most importantly they focus on the meaning and implications of these ideas on the lives of humans.

There are few authors who do this better than Ted Chiang. And his story The truth of fact and the truth of feeling is one of the best descriptions of what changes in technology ] can mean to the lived experiences of people. This story was first published in 2013 and was nominated for both a Hugo and Locus award. It was recently reprinted in his short story collection Exhalation.

The Truth of fact and the truth of feeling involves two parallel stories, about people confronting new technologies and media. One sub-story is set in the past and is about an oral culture confronting the technology of writing for the first time; and one set in the (near) future is about the changes that occur when our entire life can be recorded and every memory is instantly searchable.

In these parallel stories Chiang explores what it means to “write” and the implications for individuals and societies. In the story from the past, writing becomes a form of recording “truths” which can then be referred to at a later date when needed. Truth is then determined by what is recorded and can be looked up — something that was not possible in an oral culture. Identifying what is “true” in an oral culture is different – is the truth of “feeling.” (Which incidentally explains the title of the story—The truth of fact and the truth of feeling.)

In the story, set in the future, Chiang explores the implications of assistive-memory technologies which make all of one’s memories instantly searchable, on us and our relationships. He questions, what it means to remember something (particularly given how leaky and complicated human memories can be) when one’s memories of an event can be tested against the video recording? I can certify to how fallible human memory can be – as described in this story about my recollection of a story.

Essentially, Chiang is converts academic discussions of the impact of new media into two deeply humanistic stories that help us think about media and society in new and complex ways.  He explores what it means to us as individuals and as a society to have instant recall? For our memories to be tested and questioned? And what does that mean for the nature of truth in each case.

He also understands that there is a bargain being struck here. Where there is something gained and something lost. And, also that once a certain technology enters our world, there is no going back.  As the narrator says (possibly channeling Ted Chiang):

We don’t normally think of it as such, but writing is a technology, which means that a literate person is someone whose thought processes are technologically mediated. We become cognitive cyborgs as soon as we become fluent readers, and the consequences of that were profound.

Before a culture adopts the use of writing, when its knowledge is transmitted exclusively through oral means, it can very easily revise its history. It’s not intentional, but it is inevitable; throughout the world, bards and griots have adapted their material to their audiences, and thus gradually adjusted the past to suit the needs of the present. The idea that accounts of the past shouldn’t change is a product of literate cultures’ reverence for the written word. Anthropologists will tell you that oral cultures understand the past differently; for them, their histories don’t need to be accurate so much as they need to validate the community’s understanding of itself. So it wouldn’t be correct to say that their histories are unreliable; their histories do what they need to do.

And as new technologies arrive that record every aspect of our lives, even our most private memories can now be “checked” for truth. And though the assistive memory technology Chiang writes about isn’t here yet, we do live in a world where every moment is recorded in some shape or form. What will be mean to us, as individuals and as a society, when “we will have a record of what we actually did instead of stories that evolve over repeated tellings. Within our minds, each of us will be transformed from an oral culture into a literate one.” He continues:

It would be easy for me to assert that literate cultures are better off than oral ones, but my bias should be obvious, since I’m writing these words rather than speaking them to you. Instead I will say that it’s easier for me to appreciate the benefits of literacy and harder to recognize everything it has cost us.

I highly recommend this story to all who are interested in the impact of new technologies on who we are, how we think, and how we imagine ourselves. It makes hauntingly concrete the abstractions of how media are not neutral and have an (often invisible) impact on how we think, how we interact with others, and who we are and we who will become.

There is a nice video of Ted Chiang discussing these issues – embedded below.