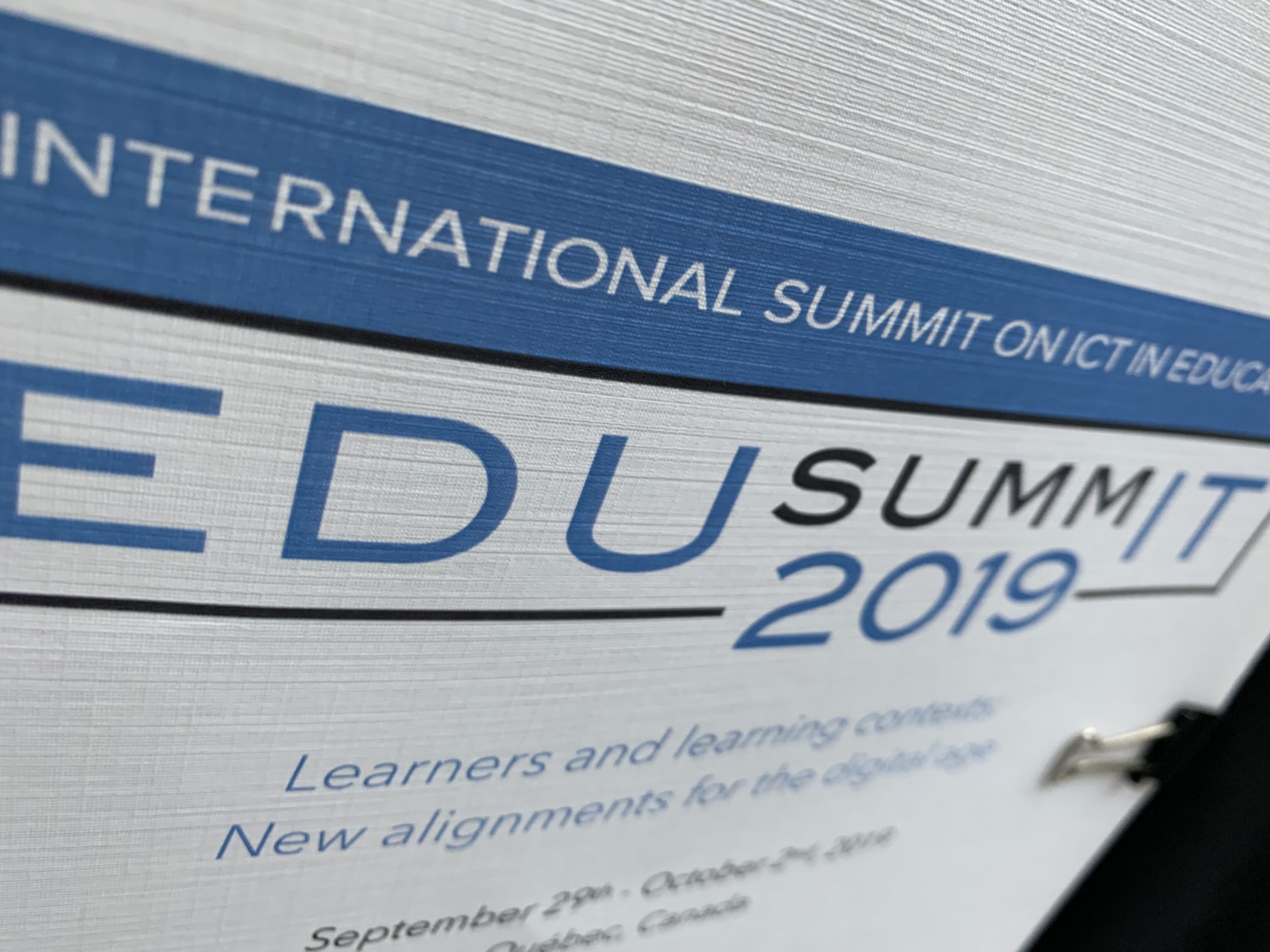 EduSummIT is a global community of policy-makers, researchers, and educators working together to move education into the digital age.

EDUsummIT has been convening every two years since 2009. In each case the participants focus on some significant theme relevant to education and technology. I have been lucky to be part of all but one of these meetings, both as a team-leader as well as a participant.

This past year, the EDUsummIT meeting was held in Quebec, Canada. I was a member of Thematic Working Group 3 (TWG3) on Creativity for Teachers and Teaching led by Michael Henderson and Danah Henriksen. You can see the entire team below — though it may be difficult to identify who is who due to the goofy masks :-)

A few days ago, EDUsummIT leadership team released the report from the 2019 meeting. Edited by Petra Fisser and Michael Phillips the report titled Learners and Learning Contexts: New Alignments for the Digital Age consists of 13 chapters by prominent scholars, policy makers and researchers on a range of topics, one of which is a chapter by the team I was part of.

You can download the entire book here or just the chapter by the TWG3 team here.

For the record, here is a photo of all the participants of EDUsummIT 2019. I think I am there somewhere!