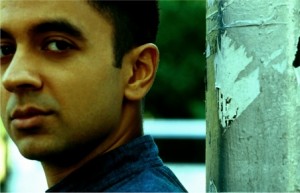 Vijay Iyer,  (http://vijay-iyer.com/) is an Indian-American jazz pianist and composer. He is a MacArthur Genius grant winner and is currently Franklin and Florence Rosenblatt Professor of the Arts at Harvard University and is widely regarded as being one of the most innovative composers and musicians today. His music transcends national boundaries through creatively bringing together traditional jazz, Indian classical fusion, and various other musical styles.

Mr. Iyer is a true polymath whose career has spanned mathematics, science, the humanities and the arts. According to his Wikipedia page, he has an undergraduate degree in mathematics and physics from Yale. He then went on to pursue a doctorate in physics but dropped that to complete an interdisciplinary doctoral in Technology and the Arts focusing on music cognition. In his dissertation he applied the ideas of situated and embodied cognition to West African and African-American music.

I found out about Vijay Iyer recently and was immediately struck by how he is an almost perfect example of the kind of polymathy we (in the deep-play research group) have been describing in our research and scholarship around creativity and trans-disciplinary learning. Below are some excerpts from interviews that match up to the work we have been doing.

For instance, in our writing we have often spoken of the importance of “embodied thinking” and “empathy” in creativity. As it turns out Vijay Iyer speaks directly to this issue in an interview with the NYTimes: A conversation with jazz pianist Vijay Iyer.

The idea of embodied cognition was a new but existing idea in the field of cognitive science, which was that re-grounding of the mind and the brain. It comes from the experience of processing sensory information. So that comes from having a body in a place and moving around in that place and experiencing the world. That idea had to be brought into the field of music cognition. I was one of several people who brought that idea in to how we think about music in terms of the body, in terms of physical experience in the world so music is not viewed as some abstraction but really as action, as something that we do and that we hear other people doing.

He goes on to say that

What I hope I can remind people of is the embodied nature of it, that it really comes from action. It comes from people. And that’s where this emotional content emerges in a sense of empathy, but comes out of this process of understanding that a person did this. That this is the mark of a hand or this is a gesture or a breath. That it was an embodied action.

The next set of quotes are from an interview he gave during the Tampere Jazz Happening. This interview was just to amazing… and I was so blown away by what he said that I had to transcribe part of it to share with my friends and colleagues (and post here as well). It is an almost prefect summary of the work we in the Deep-Play research group have been doing, specifically the manner in which his knowledge of domains other than music have influenced his creativity in the domain of music.

For instance, here is Vijay Iyer answering a question about how he has used the Fibonacci series in some composition

Well, I .. That’s just an example of a structure, basically a compositional idea that is using some constraints and some extra-musical concepts to arrive at some kind of discovery through the arts. You know. That’s all it is. It’s not… I’m not somebody who thinks there is some kind of mystical power in the Fibonacci sequence. I was interested in some of its properties, like, for instance, it has some of these interesting scaling properties where you can kind of chain them together and then you have sort of self-similarity. You can basically make a large Fibonacci number out of lots of little ones. Ok and then as you keep going in you keep finding versions of the same ratio everywhere. So that was kind of what intrigued me about some of the rhythmic ideas we work with that draw from that… that was that you could have something basically similar sounding I mean, when you want to create something that sounds similar to something else, there is no obvious way to do it. I mean what is a similar sketch of another kind of music.. I mean it is a little of a strange concept. I mean it is one thing to do a drawing of something that has similarity to something else. Like a sketch of something else or some version of another thing but to do it in music, this versioning principle, to do it with this kind of slightly more detailed scaffolding detailed structure underlying it. To me it just kind of activated it in an interesting way.

Here he is speaking on transdisciplinarity

I think, I can only speak from my own perspective. I didn’t go to Jazz school. I didn’t go to music school. I studied a lot of things beyond music. And I still do. And I think to be … if you.. I think that one reason people sign up for these program is because they are led to believe that there is some stable and inexhaustible field of opportunities on the other side… professionally. That you can get one of these degrees and become a musician and travel around the world. The field does not work that way. And in particular you can’t become active in this field by trying to be .. how should I put it. I think, you can’t really think about the business of the music – you have to think about making something the world needs. And they might only need it for a short time and you have to be willing to take that risk. Or they might not need that at all. You know, but you have to be… that has to be what your goal is. Not to make jazz that fits the norms of some jazz community but actually to make something for the world. And you can’t do that if you don’t know what the world is. Or What’s happening in the world. Or if you don’t know what’s happening in the world besides some myopic academic perspective on jazz. Because you don’t learn how to make this music except by doing this in the world. And you also don’t learn about the world except by being in it. You know.

So the peril of entering some conservatory program in jazz is that it isolates you instead of connecting you to the rest of the world. So you kind of… so for me the best path for me, even though it was a very long path, and I don’t know how much longer it will go, but finding out as much as I could about many different fields of inquiry, of knowledge of many systems of knowledge and letting those inspire me to create something that hopefully will eventually matter at some level to somebody basically, setting my sights beyond the jazz community. More trying to launch it into the world. And if the jazz community follows that great. And if anybody in the world responds that is great to. But you can’t count on either one.

I guess what has worked for me the most has been trying to make something that is meaningful to me but also to transform myself, you know trying to grow. Create something that makes me grow. Create something, some piece of music that I cannot play. And then how do you create if you can’t play it. Well you study some other systems of knowledge that help give you creative ideas. You know. So learning about music perception and cognition was useful to me for that reason. Learning about mathematics, learning about visual art, and about  literature and about philosophy and history and just engaging with the world and then collaborate with people who are smarter than me and more talented than me….

So having relations with people like this has been a blessing. So I just been.. I’ve tried to cultivate these kinds of relationships with people who I really believe in, and trust, and respect and am in awe of. So.. you know. And they are not just in music, not just in jazz music in other fields too . So these different kinds of collaborations across disciplines have also been very meaningful for me.