I just found out that I made “The Big 10: The Most Influential People in EdTech for 2011.” This list is created by the Tech & Learning journal—a magazine for Ed Tech leaders. This news came  as a total surprise to me since I did not know that I was even in the running for something like this. The June issue, which has this as a cover story, will be out in a few days though you can access it on the web (link below). Here’s the cover, and that’s me on the first row (second from the left). 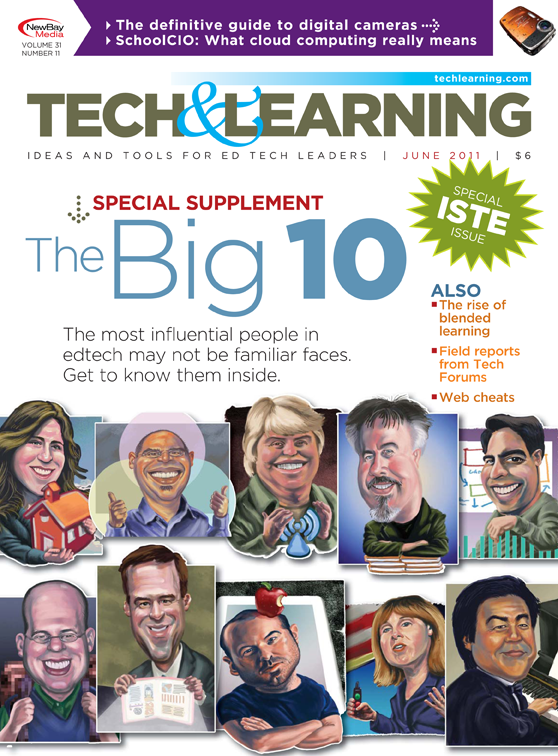 The other nine people are really some of the biggest names in the business. They inclue, Doug Levin, Karen Cator, Greg Festa, Ann Thompson, David Warlick, John Kao, Salman Khan, Jonathan Ive and the Apple design team, and the Google for Educators developer team! Even as I type these names, I wonder if there has been a mistake in including me in this list. How did this list come to be? This is how the note from the editor describes the selection process:

Who has the biggest influence over your career? Your first instinct is most likely to point to a boss or a colleague, or maybe even your students. But there are other people out there, far removed from your everyday business in classrooms and administration offices, who are creating new devices, crafting policy, and pursuing far-out ideas that will ultimately have a huge effect on how you do your job.

These are the understated yet significant men and women picked for this year’s most-influential list (“The Big 10,” page 33) in a survey of readers and advisors plus a dash of editorial privilege. We believe that these men and women will profoundly change the way we think about learning in school, how we use technology to effect that change, and how we incorporate policies that make that change nationwide.

It is indeed a great honor to make this Big 10 list, and I am humbled and grateful to the editors and people who proposed my name and voted for me. I hope I will be able to live up to this recognition.

To top it all they got a professional illustrator to create pretty cool cartoons of each of the people on the list. I think mine came out pretty good :-) 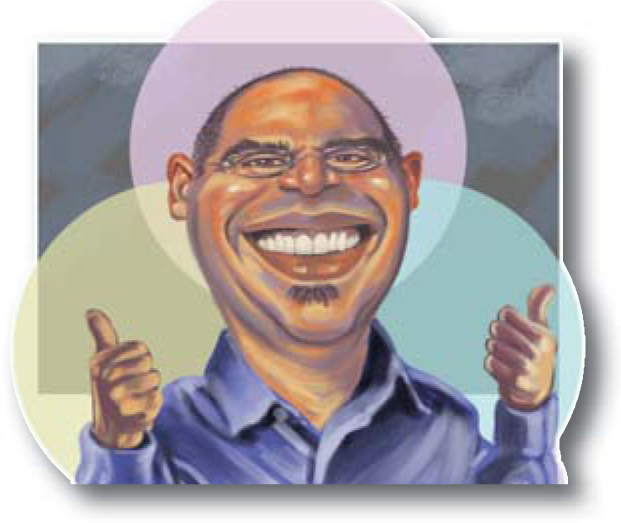 You can find the magazine online (PDF version) here.