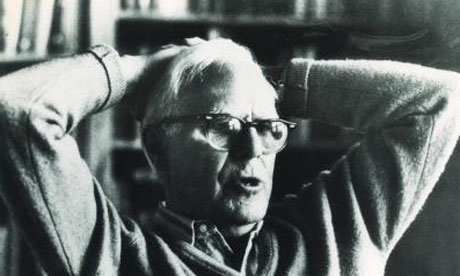 Martin Gardner died five days ago. Gardner was an influential writer about mathematics and was one of the greatest influences on me (and my friends) as I was growing up. His recreational mathematics column was the main reason I subscribed to the Scientific American back in high school. A few years ago a couple of my high-school friends wrote a mathematical novel (see my posting about Suri & Bal’s A Mathematical Ambiguity) and the high point for them was the fact that Martin Gardner agreed to write a blurb for the back cover. (My point of pride was that I was thanked in the acknowledgments page, putting me cheek-by-jowl with Martin Gardner!).

More personally, it was through Gardner’s writings that I was introduced to authors like Douglas Hofstadter, Raymond Smullyan, Scott Kim and James Randi — people who in turn ended up becoming immense influences on my thinking and way of looking at the world.

Martin Gardner, through his writing, his sense of humor and playfulness, his emphasis on rationality as a tool for understanding the world, his love of mathematics and learning, will always be with me. I know that in some  powerful, deep and fundamental way, he made me who I am today.