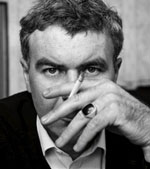 Creativity and collaboration. Authorship and editorial prerogative, who has the final say, and who should receive the credit?

Here is an article in Drexel University’s Magazine “The Smart Set” about the role Raymond Carver’s editor played in “finalizing” his stories. As the article says:

Mr. Lish, working at Knopf, took the stories that Carver sent him and he hacked away at them, mercilessly. He liked the stories as they were, no doubt, but he saw something else in them as well, something harder and more pure. He saw the power in Carver’s natural restraint and he wanted to push it to the very limit. He saw a compact emotional explosion in each story, and he pared away at the language until each one was a mean package of terrible beauty. It worked. The stories are brilliant, devastating. There is nothing like them.

As it turns out, Raymond Carver hated what Lish did to his stories, believing as the article says that “Lish was putting the lie to a whole idea about the author forging [Carver’s] unique individual style.”

I went ahead and read a couple of the stories, both their original version and their edited forms and I am in agreement with the author of “that Lish’s editorial changes generally struck me as for the better. Some of the cuts were brilliant, like the expert cropping of a picture. His additions gave the stories new dimensions, bringing out moments that I was sure Carver must have loved to see. Other changes … struck me as bullying and competitive. Lish was redirecting Carver’s vision in the service of his own fictional goals.”

The upshot of all this is that “Raymond Carver is both himself and a hybrid creature called LishCarver… What we have, instead, is something more complicated. And that’s fine, too, because we also have the stories, and they are undeniably, indisputably great.”

You can read the entire SmartSet article here: Will You Please Stop Editing, Please?. Here is a link to a December 07 article in the New Yorker titled “Rough Crossings: The Cutting of Raymond Carver.” You can also read a NYTimes story The Real Carver: Expansive or Minimal?, or the 1998 article that “broke” the story: The Carver Chronicles, and best of all, you can compare for yourself between the original to the edited versions [PDF document] and decide for yourself.